‘We wouldn’t accept safety standards that are 50 years old in our homes, our schools and workplaces so why should the beach be any different?’

A new electrical repellent has been developed to deter sharks from entire swimming areas could potentially mean the end for controversial drumlines and nets.

And the Western Australian government is already on board with it.

The Shark Shield technology has been used by surfers and scuba divers in personal devices for nearly 20 years. But now the three-dimensional electrical fields that work by targeting receptors in shark snouts are being used in larger barriers capable of protecting entire beaches.

Sharks will begin to experience muscle spasms within a few metres of the electronic field, causing a high level of discomfort for the animal without actually harming it.

These receptors are found in sharks but are not shared by dolphins, whales, fish, or turtles, so they will not be impacted by the electrical field, unlike with traditional repellents such as nets.

The Western Australian Government already supports the technology, offering $200 consumer rebates to locals who wish to purchase personal devices to keep themselves safe in the water.

The company’s first large-scale barrier has just been installed in the Bahamas, but Lyon says there are already plans for the first electric shark deterrent to be installed in Australian waters. 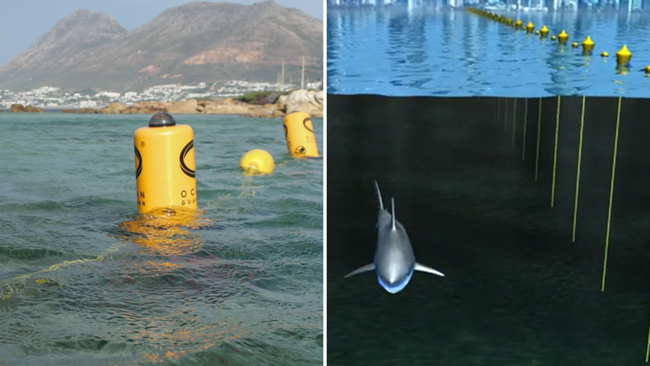 Electronic barriers large enough to protect entire swimming areas from sharks are expected to be rolled out in Australia. 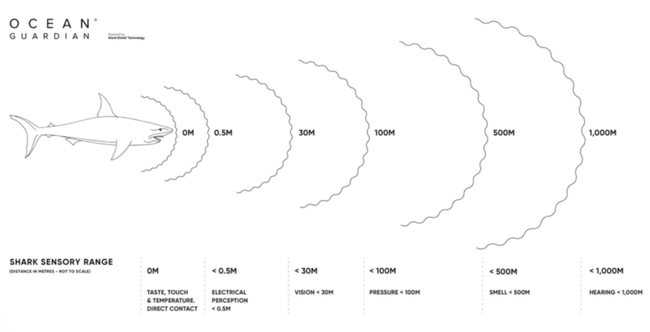 Sharks have receptors which can perceive the electronic field, causing spasms that turn them away.

“We’ve already accepted a tender from the Western Australian Government to install one of the barriers over there,” Lyon told Sunrise.

“WA already has a couple of places where they already have plastic mesh systems in place: Coogee, Sorrento, Cottesloe, Albany, and I think there might be one in Esperance.

“So we’re seeking to replace one of those with our new electrical shark barrier.”

Former world champion surfer Tom Carroll, who sees traditional deterrents such as SMART drumlines being deployed on his local break on Avalon Beach each day, said, “we want to evolve away from using nets”.

“Basically, because we’re catching other sea life, at an alarming rate at times.”

Greens Senator Peter Whish-Wilson launched a 2017 parliamentary inquiry into shark mitigation and deterrence measures in Australia, and specifically the use of mesh nets in NSW and Queensland.

He said the federal government had not responded to the inquiry’s findings and that federal and state governments continued to spend millions of dollars every year on the traditional measures.

Whish-Wilson also said that depleted fisheries and the loss of marine biodiversity could be leading to more shark encounters.

“We wouldn’t accept safety standards that are 50 years old in our homes, our schools and workplaces so why should the beach be any different?,” Guida said.

View the story in 7NEWS.